Save 10% on our public Super Tour of NYC, with discount code OLT-10% ! https://onlocationtours.com/new-york-tv-and-movie-tours/the-super-tour-of-nyc/
View

We recently took a walking tour of Central Park with On Location Tours, a company that offers several different tours of NYC for fans to choose from, based on their favorite movies and TV shows. 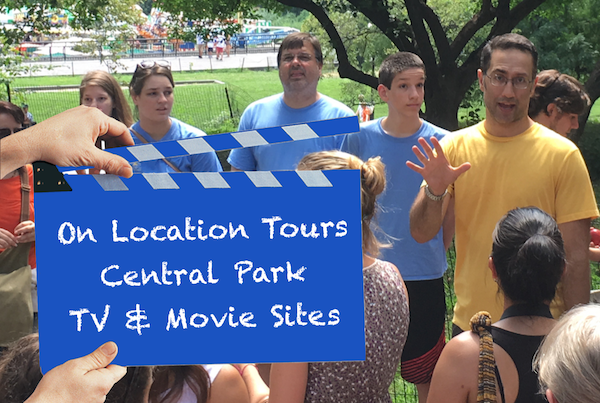 Central Park is the only walking tour this company offers. All the other options are bus tours based on shows we’ve never personally seen (despite their immense popularity otherwise).

So we stuck with what we knew and admired instead the filming locations of such fun family favorites as Enchanted, Elf, and Spiderman 3, to name just a few. 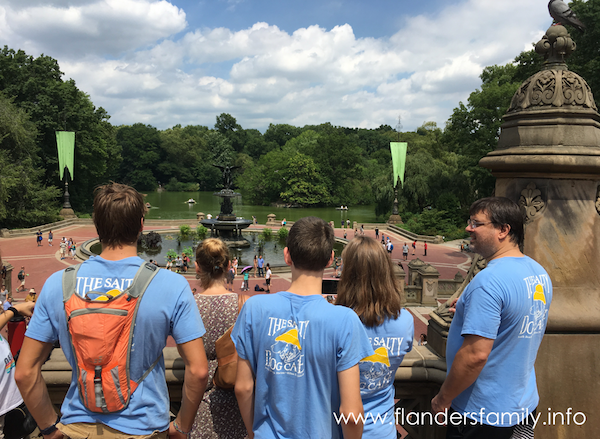 Be forewarned, though. The walking tour does involve a lot of… walking. 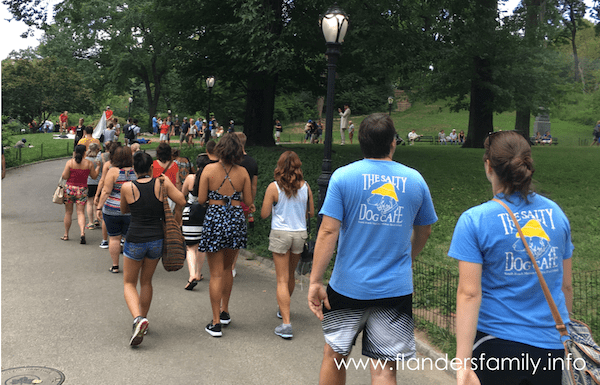 As you can see in the photo below, our little one was soon begging for back rides, which her older brother graciously provided. Our tour guide, Gary Mahmoud (in yellow), was a veritable fountain of knowledge. We took notes, learned a lot, and asked a bunch of questions — and he gave us a detailed answer for every one of them!

He didn’t just stick to movie trivia, either, but provided a lot of historical informationabout the park, as well: when and how it was built, how long construction took, who designed it, and how to keep from getting lost in it. 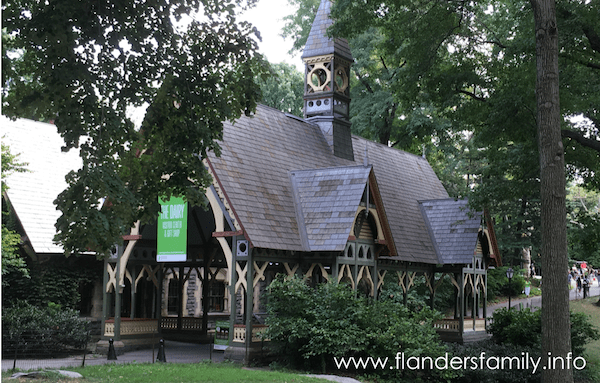 Hint: All the lampposts are numbered in a way that makes it easy to tell exactly where you are in relation to the rest of the city. That was one of the first tips he taught us. 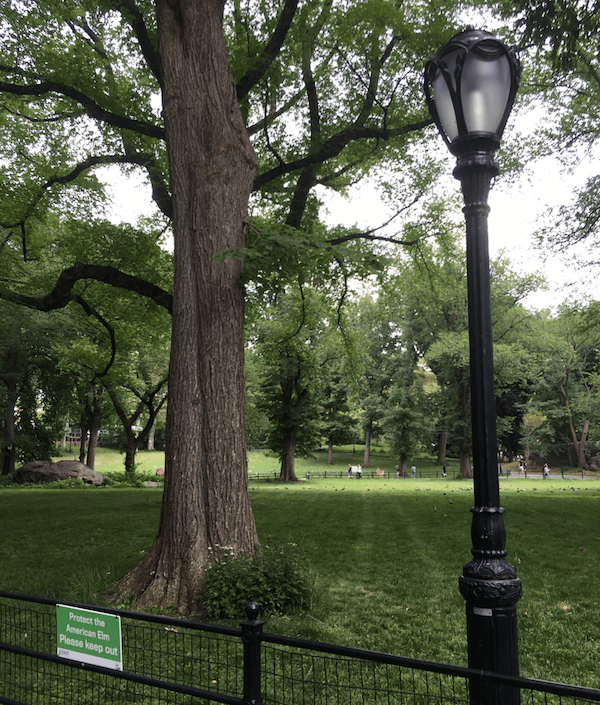 Gary gave us frequent rest stops, mercifully allowing us to catch our breath in the more hilly parts of the park while he regaled us with fascinating stories about New York City and some of its most famous buildings and residents. 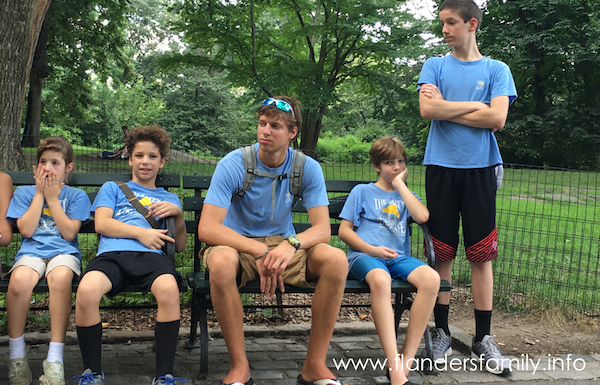 He also allowed plenty of time to snap family pictures and even volunteered to take a few photos himself, so Mom could be in them, too! 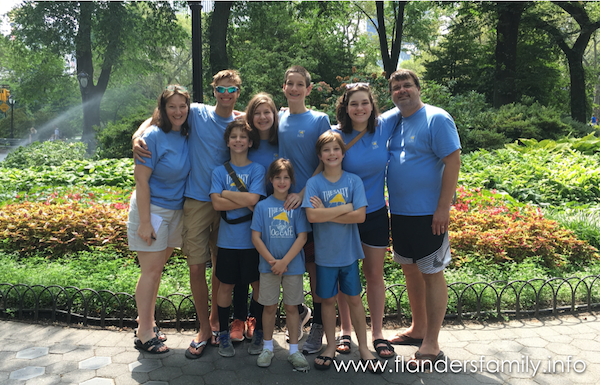 We had beautiful weather for the tour. The August heat may have been warmer than New Yorkers are accustomed to, but it was mild compared Texas summers and much preferable to the bitter cold of winter (our guide told us these tours run year round, in all kinds of weather). We took another short break at Strawberry Fields, long enough to enjoy some live music. Local artists have been playing John Lennon songs there every day since the memorial was first dedicated on October 9, 1985. 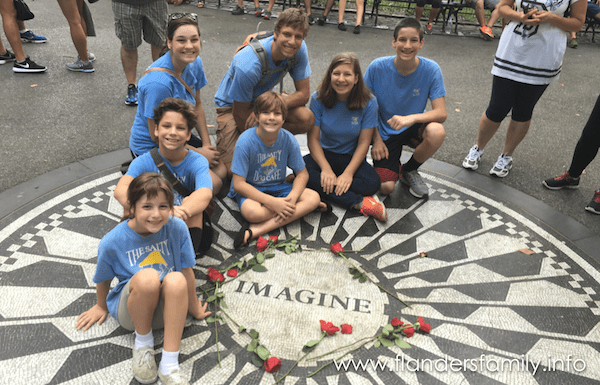 We felt tired and a little dehydrated by the end of the tour — we’ll know to bring bottled water with us next time — but we also felt enriched by the experience.

And it has been a lot of fun rewatching some of our favorite movie scenes now that we’ve taken a long stroll through Central Park ourselves.

Proud Member of The US Family Guide Network